This page sets out information about our member firms, our decision-making forums, and our central team.

Our membership is designed to be representative of the global wholesale FICC markets.

There are five levels of FMSB membership: Full; Associate; Corporate; Partner; and Individual.

Our Members are expected to adopt FMSB Standards in their businesses (where relevant) and to evidence this through an annual Statement of Commitment.

Find out about our Work in progress

Many thanks to those who have provided invaluable pro bono support to FMSB and have been instrumental in the production of our Standards, Statements of Good Practice, and Spotlight Reviews.

FMSB is formally governed by way of a legal entity, FICC Markets Standards Board Limited. 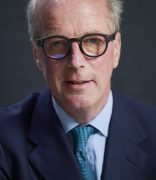 Mark joined FMSB in May 2016 and is the Chair and a Director of FMSB Limited and the Chair of both the FMSB Advisory Council and Standards Board. He was an External Member on the Bank of England’s Prudential Regulation Committee, and Financial Market Infrastructure Board until November 2020. Mark serves on the Board of OpenFin (a US technology firm), and is Partner at Illuminate Financial Management (a fintech venture capital business).

From March 2013 to September 2014 Mark was UK Group CEO for UBS, responsible for overseeing all of UBS’s Investment Banking, Wealth Management and Asset Management activities in the UK. Between 2005 to 2011 Mark was Group COO and main board director at ICAP plc. From 2009 to 2011 he also led a number of initiatives to develop industry and regulatory responses to the 2008 financial crisis.

For 20 years from 1984 to 2004 Mark was at Morgan Grenfell and then Deutsche Bank where he was one of the architects of its expansion in investment banking, built and ran a number of trading and sales businesses as Global Head, and served as Global Markets and Corporate and Investment Banking Chief Operating Officer. In 2002 he became Deutsche Bank AG Group COO, responsible for managing the Group’s infrastructure and business rationalisation programme. 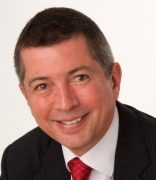 Charles is the Senior Independent Director of FMSB Limited and has been a Director since January 2017.

Charles spent 31 years at Unilever where he held various financial and general management roles, including the senior management positions of Group Treasurer, Group Controller and Executive Vice President respectively. He is currently a member of the Board of Trustees of the Unilever UK Pension Fund and chairs the Investment and Funding Committee of this Pension Fund. 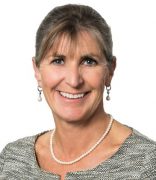 Niki Beattie has been a Director of FMSB Limited since June 2020. Niki has extensive corporate governance experience on the boards of both listed and private companies in financial markets, as well as serving on two European regulatory committees.

Niki is currently Chair of both XTX Markets Limited, a quantitative-driven electronic market-maker, and Aquis Exchange PLC, a pan-European MTF, as well as a non-executive director of IRESS, a listed Australian financial technology company, and Kepler Cheuvreux International, the French brokerage company.

Niki is also the CEO and Founder of Market Structure Partners, an independent consulting firm providing strategic advice on financial market structure issues to global exchanges, clearing houses, technology firms, market participants and government bodies. She is a member of ESMA’s Secondary Markets Advisory Committee, and was also a member of the FCA’s Regulatory Decisions Committee for 6 years. Prior to setting up Market Structure Partners, Niki spent 14 years at Merrill Lynch across a number of roles, including EMEA Head of Market Structure. 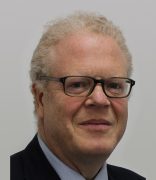 Michael has been a Director of FMSB Limited since March 2019.

Michael is the Chair of the Association for Financial Markets in Europe (AFME) and Chair of the Chartered Institute for Securities and Investment (CISI). AFME is the trade association for leading global and European banks and other significant capital market participants, and CISI is the largest professional body for the securities and investment profession in the UK.

Michael was previously EMEA Chair of BNY Mellon, responsible for governance, culture and strategy development across the region.

Before taking up the EMEA Chair of BNY Mellon, he spent 25 years in various roles at both BNY Mellon and Bank of New York in London, Hong Kong and New York.

Philippa Foster Back CBE has been a Director of FMSB Limited since June 2020. Until April 2020 she was a Director of the Institute of Business Ethics (IBE), a role she has held since 2001. The IBE’s work is focused on promoting high standards of business behaviour based on ethical values.

Philippa was previously Group Treasurer at EMI Group, Group Finance Director at DC Gardner Group and Group Treasurer at Bowater. Philippa has also held a number of trustee, major review committee and non-executive roles throughout her career. She is a past President of the Association of Corporate Treasurers (ACT) and is currently a BEIS/FRC Wates Coalition Group member, a member of the ACT and Finance Leasing Association (FLA) Advisory Panels,  and was a non-executive director of the CISI Board as well as a member of its Integrity Forum until July 2020. 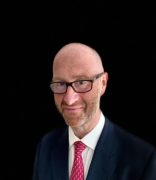 Myles joined FMSB as CEO in June 2021 and has been a Director of FMSB Limited since then. Myles spent a career in wholesale FICC markets and has 30 years’ experience in investment banking, deal origination, strategy development and management of regulatory relationships. Myles joined FMSB from NatWest Markets where he spent 20 years running Structuring and Continental European Sales, as Head of Strategy and Business Delivery for Financing & Risk Solutions within NatWest Markets Plc and latterly as Head of Capital Markets, NatWest Markets NV, the group’s new bank for capital markets business in Europe.   In these roles he was based in Dublin, London, Stamford and Amsterdam, responsible for managing significant numbers of staff and as senior relationship manager for key client franchises, integrating NatWest’s client coverage, advisory, capital markets and structured finance offerings. He has been a chair of NatWest Markets Reputational Risk Committee, held a number of Conduct and Risk committee roles, and oversaw a Federal Reserve Board remediation programme.

Prior to NatWest, Myles spent 10 years at ABN AMRO in their FICC markets businesses.

He studied Economics and Geography at the National University of Ireland, Galway and received a MSc in Investment and Treasury from Dublin City University. 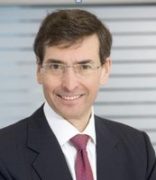 Edward has been a Director of FMSB Limited since March 2019.

Edward is an Advisory Director at Quantile Technologies Limited, which provides portfolio risk management services for derivatives markets. Prior to joining Quantile Technologies, he spent four years as a Senior Adviser at the Bank of England where he led work to develop and promote alternatives to LIBOR. He also contributed to FEMR, which called for the creation of FMSB. He joined the Bank of England from Morgan Stanley in London, where he was a Managing Director and held several senior roles over a 24-year career. 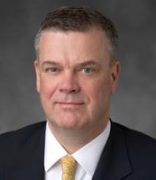 Stephen has been a Director of FMSB Limited since December 2018.

Stephen is the Chair and founder of Quantile Technologies Limited, which provides portfolio risk management services for derivative markets. He is the Chair of HSBC Bank plc and a Non- Executive Director of London Stock Exchange Group plc.

He was a Non-Executive Director of GE Capital International Holdings Ltd between 2015 and 2017 and of the International Swaps and Derivatives Association (ISDA) between 2009 and 2014 including three years as Chair. He was also the Chair of OTC Deriv Ltd between 2001 and 2011. Stephen was at Morgan Stanley for 25 years where he was a Managing Director and Member of the Fixed Income Division Management Committee. Stephen is a qualified Chartered Accountant.

Our Team – the FMSB Secretariat

The FMSB team is made up of dedicated personnel with years of experience in the financial world. 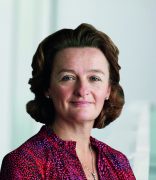 Alison joined FMSB in November 2018. As Chief of Staff, she oversees the operations side of the business, supports the FMSB Secretariat and manages various projects. Alison read Law at Edinburgh University and then qualified as a Chartered Accountant while at Coopers and Lybrand, before moving to Credit Suisse First Boston (CSFB) where she became the Global Head of Compensation and Executive Compensation. After leaving CSFB, she undertook various freelance compensation consultancy roles, ran various private property businesses and was a partner in her family farming business. 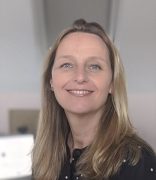 Carol joined FMSB in March 2020 and supports the Chair and Chief Executive Officer. She also assists the Chief of Staff and Secretariat with event planning and management, and special projects.

Carol has an extensive background in board and senior-level support and event management, most recently at Morgan Stanley.

She read Italian at the University of Reading. 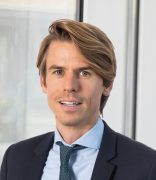 Chris joined FMSB as General Counsel on 1 April 2020, following a secondment from Linklaters where he was a Managing Associate in the Financial Regulation Group.

While at Linklaters, Chris advised a wide range of investment banks, market infrastructure providers and buy-side institutions on numerous areas of UK and European financial regulation. In the FICC space, he has worked on investigations into misconduct in FX businesses and subsequent remediation exercises. Additionally, he was heavily involved in assisting an array of market participants on all aspects of their MiFID II implementation, including the extension of transparency requirements to FICC markets and the new algorithmic and high-frequency trading requirements. More generally, Chris has advised market participants on the Market Abuse Regulation, best execution compliance and the conduct and regulatory risks associated with IBOR transition.

During his time at Linklaters, Chris also undertook secondments at RBS, Deutsche Bank and BNP Paribas and is currently completing an Executive LLM in international financial law and regulation at the London School of Economics. 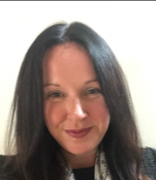 Janie joined FMSB in October 2021 as maternity leave cover.  Reporting to the Chief of Staff, Janie provides operational support to the FMSB Secretariat, including membership and meeting logistics. 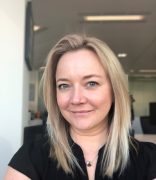 Sam joined FMSB in January 2020. Reporting to the Chief of Staff, as a member of the FMSB Secretariat Sam provides support to the governance of FMSB Limited, Advisory Council, Standards Board, and Adherence Oversight Committee (when needed). Sam also supports FMSB operations.

Sam has vast experience supporting at board level, as Business Assistant & Company Secretarial Assistant, most recently in the latent defects insurance sector for CRL Management Limited.

Was this page helpful? Yes No

You can find out more about which cookies we are using or switch them off in settings.

Cookie information is stored in your browser and performs functions such as recognising you when you return to our website and helping our team to understand which sections of the website you find most interesting and useful.

Strictly necessary cookies should be enabled at all times so that we can save your preferences for cookie settings.

If you disable this cookie, we will not be able to save your preferences. This means that every time you visit this website you will need to enable or disable cookies again.

Please enable Strictly Necessary Cookies first so that we can save your preferences!